I am Allowed to be Angry BUT 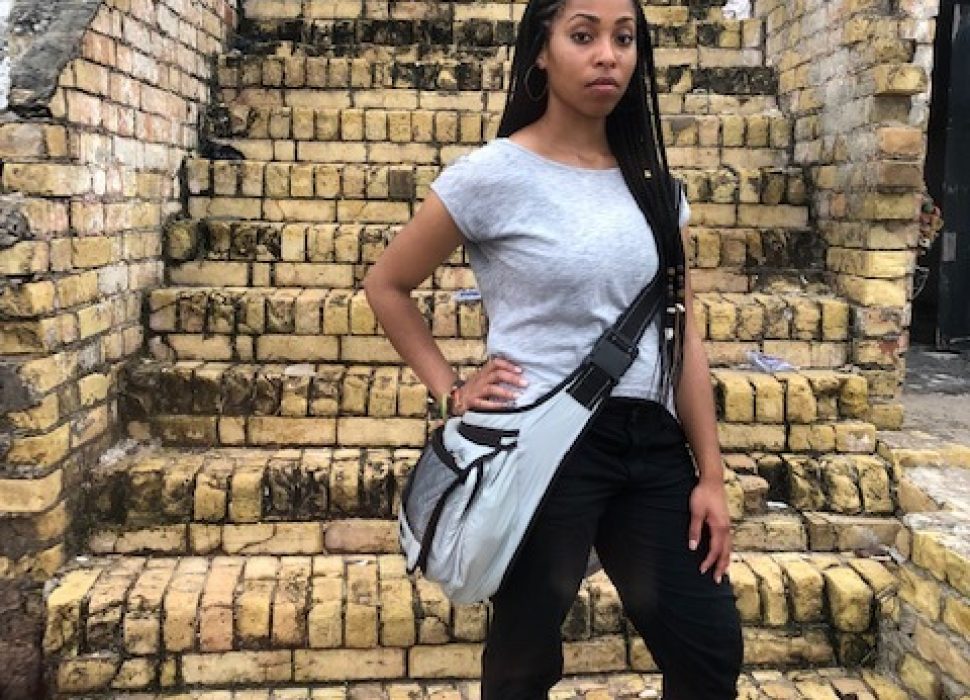 This photo was captured in Cape Coast Castle in Ghana. Cape Coast Castle was built on the Gold Coast of West Africa by European traders. It used to be one of the largest commercial forts for the trans-Atlantic slave trade. It was used to hold Africans who were captured from their homelands and then made slaves. They were loaded onto ships, completely naked, beaten, cuffed in chains, and then sold in the Americas. This is a truth about American history that cannot be erased. This is also a truth about African American history that cannot be erased.

While in Cape Coast Castle, every single slave was treated inhuman; worse than animals. Thousands of them were packed together in dark, deep, dungeons with little food and water. They lived in their own feces, urine, vomit, and blood, while simultaneously being chained to one another. The only time they would see light was when it was time to be shipped across the ocean on boats. Their dignity, humanity, and worth as beings was stripped away from them by the slave owners. They were considered property and objects. They were not seen as people with souls and people made in the image of God.

Now, let’s fast forward to year 2020. The world recently witnessed a black, African American male by the name of George Floyd, be murdered in broad daylight by a white police officer. George was violently restrained in hand cuffs with his face to the ground, while gasping, pleading, and yearning for his life. The officer intensely placed his knee on his neck, cutting off George’s airway and ignoring every cry George made. We watched George as he breathed his last and his lifeless body laid on the street. George’s murder and so many other murders of African Americans, is a chilling and heart wrenching reminder of the darkened history of African American slavery and the horrific affects that systemic racism has produced up until this very day. People are ANGRY. And to be honest, as an African American woman, human being, and as a Christian, I empathize with their anger. For centuries, African Americans have fought for their survival, significance, value, and worth in humanity. People are tired, but beyond tired, people are extremely grieved. When grief is so great, and hopelessness seems to be the only theme of someone’s life, it leads to unrighteous anger, fury and rage. To not be heard, to not be seen, to not be valued, and to feel like your life does not matter… is a VERY hopeless feeling. My heart weeps when I think about this.

When I witnessed the murder of George Floyd, I remember feeling just like I felt when I first stepped foot on the grounds of Cape Coast Castle. I was ANGRY, confused, and numbed by such a sinful act. I was so angry I couldn’t speak. There were no audible words that could possibly articulate what I felt in the moment. But in the midst of my anger, I was met with God’s truth and His love. His truth broke through my heart, like the sunrise bursting through the seams of a new day. Then my tears broke through my eyes and ran down my cheeks like waterfalls. The truth was this…

I am allowed to be angry…BUT in my anger I must not sin.

Ephesians 4:27;31-32 “Neither give place to the devil. Let all bitterness and wrath, clamor and slander be put away from you along with all malice. Be kind to one another, tenderhearted, forgiving one another, as God in Christ forgave you.”

As a Christian, I must understand that love should be the fountain from which everything in my life flows, even my emotions. My heart should always have a posture of kindness, tenderness, and forgiveness toward any fellow man and any circumstance, no matter how difficult the situation. Why? Because as a Christian my goal should be to live for the cause of the Gospel of Christ so that souls may become saved (Gal 2:20, Romans 6:1-6, Acts 2:38).

Before I walked out of Cape Coast Castle, I wrestled with many thoughts and emotions, I felt immense pain and anger towards the injustice and inhuman acts performed, and the historical destruction that the sin of racism has plagued mankind with for centuries. On that day in Cape Coast, God’s love took the supreme and final seat on the throne of my heart. HIS LOVE sat strong and tall and proclaimed, “I will rule over any and everything in your heart. Your emotions Ashley, my love will rule. Your painful history Ashley, my love will still rule. My love will rule today, tomorrow, and forever.” It was His love for me and for mankind that wrestled with every thought and emotion I had. It was God’s love that allowed me to look to the cross of Christ in that moment. And it is STILL God’s love that allows me to look to the cross of Christ in the midst of George Floyd’s death and America’s unrest.

“Hatred stirs up conflict, but love covers over all wrongs.”-Proverbs 10:12

But Christ, died, was buried and rose again to eternally proclaim, that, “LOVE will always and forever be greater than HATE!” The GOSPEL OF JESUS CHRIST IS THE ANSWER THE WORLD IS IN SEARCH OF RIGHT NOW. Christ showed us that it is possible to love when faced with the most horrific and hate-filled situations. He is our ETERNAL HOPE when all else seems to be HOPELESS. He is our SHINING EXAMPLE when everything around seems DARK. He is our PEACE when there is TURMOIL. And he will be our EMPOWERING STRENGTH, when we feel as though we are too WEAK to carry on. We must keep the eternal perspective. “ALL have sinned and fallen short” (Romans 3:23). We must never allow our own PRIDE or our PERSONAL PAIN to lead us to think that our sins are less than someone else’s. At the cross of Christ, we are all on equal ground, for we are ALL at his feet, in need of His mercy, forgiveness, and love.

Christ died for the murderers, the racists, the white slave owners, the African American slaves, the looters, the rioters, the self-righteous, the hypocrites, the unforgiving, the hate-filled, the sexual immoral and the liars. He died for you. He died for me. He died for ALL of us. So, it is up to us to obey the call of the gospel and CHOOSE His love, over hate and unrighteous anger. Through Jesus Christ, reconciliation and forgiveness is attainable for mankind if we are willing to receive it through obedience to the gospel (Acts 2:38, 2 Cor 5:18-21). His love heals. His love saves. His love unites. His love says, “Be angry, but sin not.” His love, allows us to take our history, no matter how painful and STILL see the beautiful plan of “HIS-tory” in it.

“For he himself is our peace, who has made the two groups one and has destroyed the barrier, the dividing wall of hostility. His purpose was to create in himself one new humanity out to the two thus making peace and in one body to reconcile both of them to God through the cross, by which he put to death their hostility.”

“Above all, love each other deeply, because love covers over a multitude of sins.” 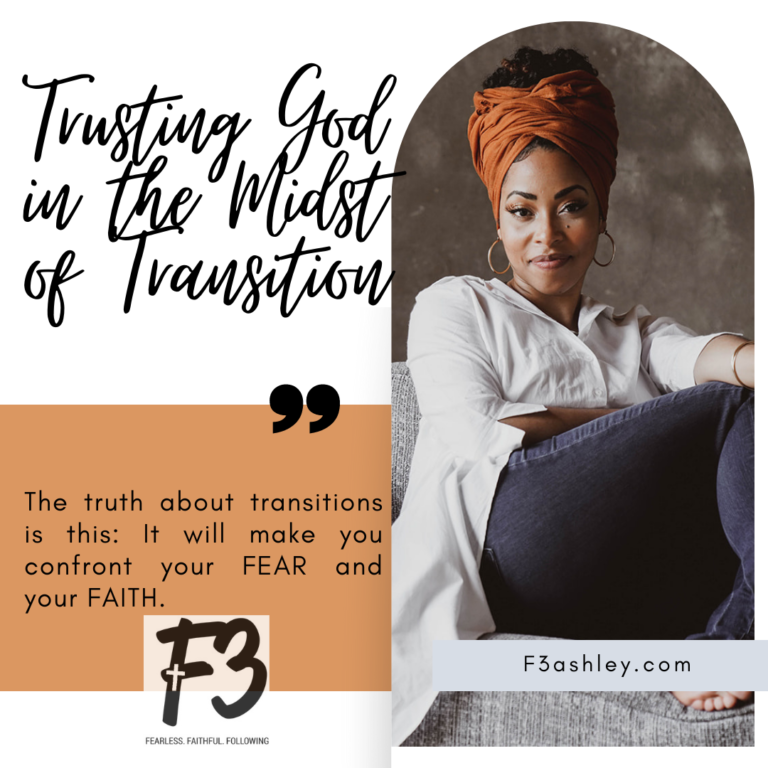 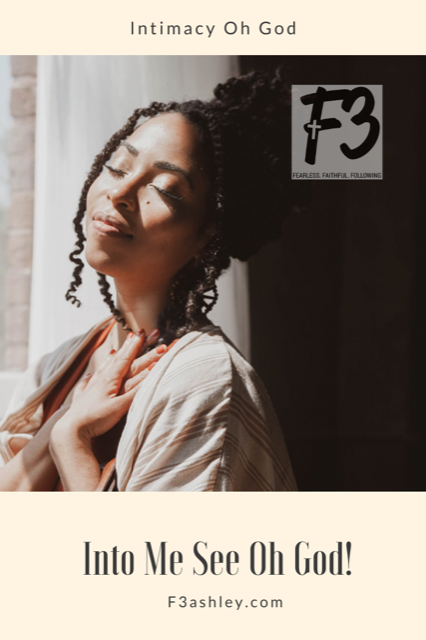 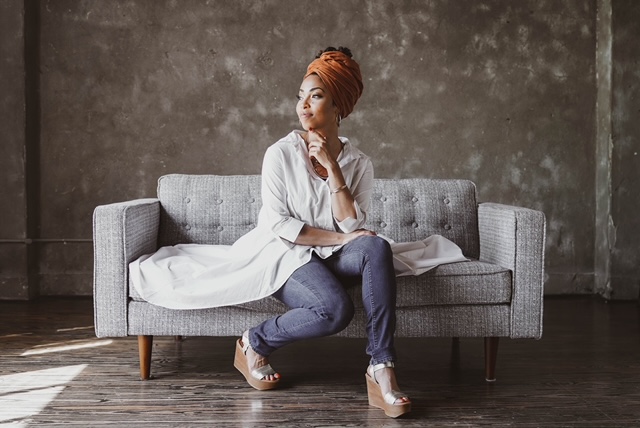